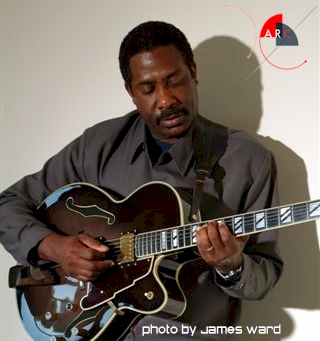 Kansas City native Will Matthews is the guitarist for the world famous Count Basie Orchestra, joining the group in 1996 under the direction of trombonist Grover Mitchell. Matthews has toured all over the world and has played on many recordings with the group, including two Grammy winning recordings, "Count Basie Orchestra Live at Manchester Guild" in 1997 and "Count Plays Duke" 1999, as well as the Grammy nominated "Swing Shift" in 2000. In 1996 Matthews was invited to perform at the Royal Palace in Bangkok, Thailand for King Bhumbibol, along with other members of the Basie Orchestra, Benny Carter and Frank Foster. In 1997 he performed with the group for President William J. Clinton's second inaugural.