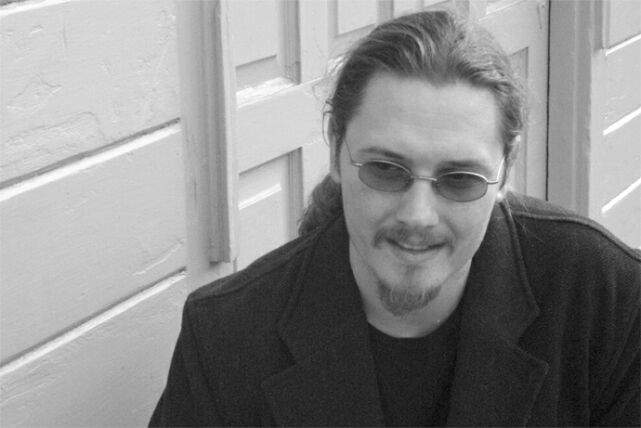 Clarinetist, soprano saxophonist and composer Scott Hill was recently selected by the late Steve Lacy to participate as an associate artist in the May 2004 residency at the Atlantic Center for the Arts in Florida. Scott recently returned to France in support of his latest CD release Narrow Streets - recorded in Paris, March 2002. In August 2003, he was commissioned to score a play by once banned Iranian author Sharnush Parsipour. Scott completed his debut independent release Steps in 2000, recorded in the Bay Area and reaturing drummer Scott Amendola, bassist John Shifflett, and a special guest appearance from Rob Burger. Scott has also appeared with Persian folk musician Aldoush Alpanian on his highly acclaimed debut release The Child Within (XDOT25) in 1992 and recorded with the electric fusion power trio Three Bean Salad on their 1994 release, Legumity (XDOT25). Scott studied jazz improvisation and theory under Stan Kenton alumnus and Fulbright scholar Ray Brown (trumpeter and arranger). Scott holds a bachelors degree in Music from the University of California at Santa Cruz and currently resides in Oakland, California. http://www.scott-hill.com/ Accordionist Dan Cantrell is extremely active as a composer and performer of film scores. He studied composition and piano performance at California Institute of the Arts (CALARTS). He has worked with Leo Smith, Vinnie Golia, Morton Subotonick, and Mel Powell, as well as performing Balkan influenced music with Peoples Bizarre and The Toids.

Bassist Dan Feiszli attended the University of Miami School of Music on a scholarship. There he studied with internationally renowned bass professor Dr. Lucas Drew. In 1998, Dan received his Bachelors Degree in Studio Music and Jazz, as well as the School of Music Student of the Year Award. During his time in Florida he played with Ira Sullivan, Richie Cole, and Sonny Fortune, among others.

Since his graduation, he has traveled the Western hemisphere performing with artists like Ignacio Berroa, Raul DiBlasio, Julio Iglesias, Silvano Monasterios, Raul Midon, and Nicole Yarling. In the US, Dan has performed at such music festivals as The Playboy Jazz Festival in Hollywood, California, the Mary Lou Williams Women in Jazz Festival in Washington, DC (with Nicole Yarling), and several appearance at the Hollywood Jazz Festival in Hollywood, Florida. His national club performances range from the Blue Note in New York City to the Jazz Bakery in Los Angeles.

Since moving to the Bay Area, he has been heard in top flight company such as Bobbe Norris, Larry Dunlap, Akira Tana, Larry De La Cruz and Michael O'Neill. He was heard previously at Chez Hanny with Maria Marquez.