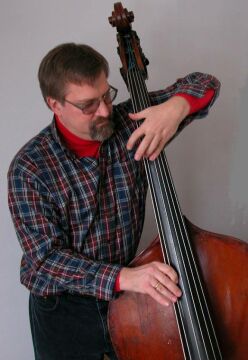 Since pianist/composer Roberta Piket returned to her native New York, the New England Conservatory graduate has played and recorded with Dave Liebman, Rufus Reid, Michael Formanek, Lionel Hampton, Elliot Zigmund, Mickey Roker, Rich Perry, Billy Hart, Jeff Williams, and Harvie S. She has twice been a featured guest on Marian McPartland's Piano Jazz, on National Public Radio, as well as performing with Ms McPartland in concert at the Eastman School of Music. Roberta placed second in the 1993 International Thelonious Monk-BMI Composers' Competition. Roberta's Trio has toured Japan (performing twelve nights at the Blue Note Club in Fukuoka) as well as the Midwest and New England. Roberta has also performed her music at venues such as the Kennedy Center in Washington, D.C. for the Mary Lou Williams Women in Jazz Festival, the Texaco-New York (Knitting Factory) Jazz Festival, the Blue Note Club in New York, and the Museum of Modern Art. Roberta's recordings have earned rave reviews in JazzTimes, downbeat, the Washington Post, Piano & Keyboard, and Jazziz, as well as other publications. She has held master classes at the Eastman School of Music, Rutgers University, Cal Arts, Duke University, the Northwestern University Composers' Colloquium, and many others in the U.S., Europe and Japan.

In an extraordinary career spanning nearly 40 years, drummer Billy Mintz has played with some of the biggest names in the jazz and pop worlds.

Mr. Mintz was born in Queens, New York in 1947. By the age of 15 he was firmly entrenched in several of the show bands of the Catskill Mountain resorts, and as his musicianship developed he would eventually tour with jazz artists such as Lee Konitz, Eddie Daniels, Harold Danko, Mose Allison, Mark Murphy, Kim Richmond and Bobby Shew. At the same time, his credentials grew in the pop arena, leading to tours with Juliette Prowse, James Darren, Gloria Gaynor, and a stint with the show band for the Merv Griffin Show. In 1986, Mr. Mintz toured Japan with the Los Angeles Symphonic Jazz Orchestra (having relocated to Los Angeles in 1981). In 1988 he toured Europe with saxophone great Charles Lloyd, and from 1989 to 1995 he performed with the Alan Broadbent Trio. Mr. Mintz appears on records by the following artists, among others: Bill Perkins/James Clay Quintet, Vinny Golia, Harold Danko, Eddie Daniels, Bobby Shew, Bob Magnusson and Bruce Fowler. In recent years, Mr. Mintz has taken on new roles as a bandleader and a composer, performing his own compositions with various ensembles. He also performs solo drumset concerts with increasing frequency.

Although he just earned a Bachelor of Science degree in Music from the City University system of New York, he has been active as an educator, and has taught at Purdue University, Indiana University, University of Massachusetts, Berklee College, New England Conservatory, Rotterdam Conservatory, University of Ludwigsburg, the Music High Schools of Wurztburg and Cologne, the New School for Social Research, the Manhattan School of Music and New York University.