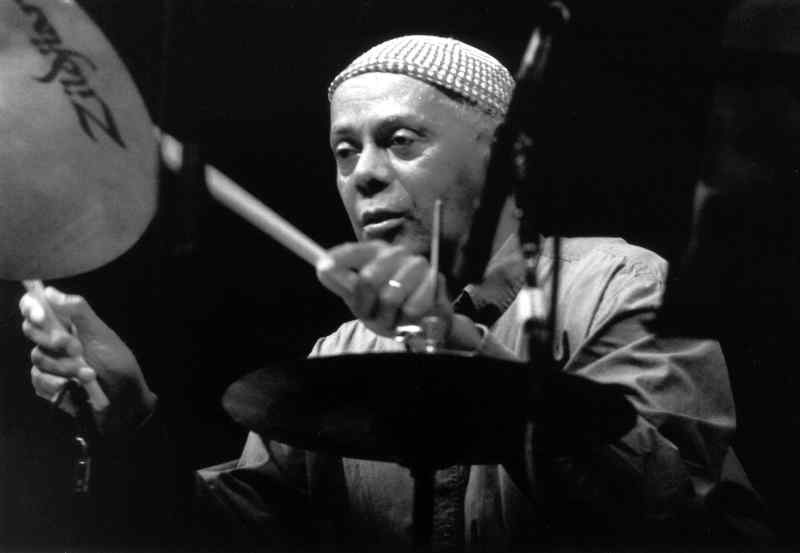 Eddie Marshall, drums. For almost fifty years he has played drums with nearly every major name in jazz, from Freddie Hubbard, Jon Hendricks and Dexter Gordon to Rahsaan Roland Kirk and Eddie Harris. During the seventies he was the house drummer at San Francisco's Keystone Korner. His most long-standing musical association has been with Toshiko Akiyoshi, with whom he has played since 1958. Other associations include the late Stan Getz, Bobby Hutcherson, Dionne Warwick, Kenny Burrell, John Handy, Ahmad Jamal, The Pointer Sisters, Archie Shepp and Bobby McFerrin. He co-founded with Mike Nock the seminal jazz fusion group, "The Fourth Way".

A consummate sideman, Marshall is in continual demand. In recent years he has performed internationally with Bobby McFerrin's group, BANG ZOOM, appearing in concert with The Israeli Philharmonic; with Marlena Shaw, Marian McPartland, Charles Lloyd, Art Lande and Rufus Reid; with Bobby Hutcherson and Cedar Walton at Russian River and with Jon Jang and James Newton in Beijing. He backed Sam Rivers and Julian Priester at Yoshi's and was reunited with Mike Nock for the Wangaratta Jazz Festival in Australia. He travels to Japan frequently with Toshiko Akiyoshi's trio and was featured in a tribute to percussionists at the 1999 Monterey Jazz Festival. SFJazz honored Mr. Marshall with its first annual SFJazz Beacon Award in November of 2000. Eddie has appeared at Chez Hanny with Michele Rosewoman, Art Lande, and Jerome Sabbagh, as well as leading his own groups.